How to Study for a Spanish Test 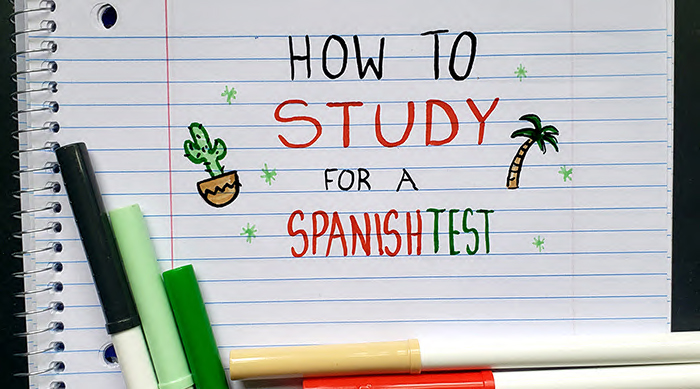 If you’re trying to figure out how to study for a Spanish test, you’re either (1) panicking, (2) frustrated, or (3) both.

The good news is that I promise you that you have found the best page online to prep you for a Spanish test.

I know because I failed out of high school Spanish and then became fluent as an adult.

I know what doesn’t work for language learning and what works really, really well.

I’ve used these tips for studying in all of the languages I speak and they’ve been vetted by several Spanish teacher friends of mine.

Because you probably don’t have a lot of time to waste, let’s jump right in.

NOTE:  These tips are largely written for people who don’t speak Spanish at home. If you do speak Spanish at home and are also enrolled in a Spanish class in school with non-Spanish speakers, this article will help you too--but what will probably help you more are my YouTube channel  where I talk extensively about people like you and me who are having to learn their native language in classes. (I know: it’s a struggle.)

1. Figure out your Spanish test timeline 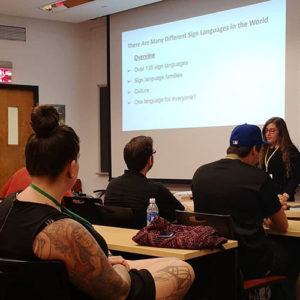 After failing out of high school Spanish, I now not only speak 6(ish) languages but spend my free time learning about learning languages. Check out the back of my head / high bun while I learn about sign languages at LangFest, Montreal.

Not only because it’s boring and stressful, but because it really doesn’t work.

If you’re already in a last-minute-mode for your Spanish test, we’ll give you a few things to help you here (don’t worry).

But in general: the less you procrastinate, the better you’ll be able to keep Spanish vocabulary and grammar in your head.

Going forward in this article I’m going to explain every concept and then give you actionable tips.

So if you have less than three days, you’re in cram mode ⏰.

Either way, I gotchu covered.

2. Know what type of Spanish tests your teacher likes to give

Every teacher is going to give a different type of test.

Generally, Spanish tests are going to fall into a few different categories (and many will be a combination of these things)

How you study for your Spanish test should be informed by what kind of test you’re expecting.

Let’s break them up by types of exercises that work (or don’t work) depending on the type of test your teacher might give.

These are by far the easiest Spanish tests a teacher might give you.

Like I said above, these will most likely be for individual words or verb conjugations.

Here are some things that won’t help you study for your test:

What will help you though?

Flashcard apps built for these kinds of tests.

Let’s look at 3 examples based on the types of questions your teacher might give you.

FILL IN THE BLANK VERB CONJUGATION – On one side you’re going to put “you have”. On the other side, you’re going to put “tu tienes”. Repeat for every person (I, you, usted, he/she, we, vosotros if you study that, and they/ustedes) and every verb so you have every combination.

FILL IN THE BLANK ADJECTIVE – On one side, put the English word. On the other side, the Spanish word. (Don’t forget to add both masculine and feminine endings if you need to.

So which app should you use?

How to study for a Spanish test with listening or speaking

Most tests have some speaking or writing components.

These things are honestly just a lot harder to do--but in real life, this is how we learn languages. Not with multiple-choice quizzes.

Here you’re going to build on your above-mentioned vocabulary and verb work by doing something called chunking.

The idea is that individual words (ex: cat) don’t exist alone in a conversation. They exist in ready-made chunks (my cat is), and those chunks make up sentences (my cat is black).

So here’s an example about how you can use this idea to help you study for your Spanish test.

And let’s say you’re learning about time. It doesn’t make sense to study just the word “después” (after) when in Spanish you must always say “depués de”. So you should always study “después de” together.

Hunger? “Hambre.” But you don’t say I’m hungry--but I have hunger. “Tengo hambre.” So instead of studying the word for hunger alone, you would study the full phrase.

Little things like this caused me a lot of problems before I knew about chunking.

Here’s how we can use chunking to study for your Spanish test.

You’ll see these same patterns over and over in the unit you’re learning. So you’ll have not only a ton of sentences your teacher will likely use on your Spanish test, but also be able to break apart and put together the patterns.

(I’m sorry to any teacher who is reading this and sees that I’m giving away their secrets. But you should totally hire me for consulting work for your district.)

One of the things I never understood was why I could perfectly understand Spanish when reading it but then could never get a good grade on a test.

As an adult, I found out about active recall.

I don’t know why no one ever explained how to memorize vocabulary to me (or even how to study), but that’s why I’m writing this article now.

Here’s a video that explains it quickly and awesomely.

So let’s talk about how you can use this information to study for a Spanish test.

This also explains why reviewing charts or the same notes doesn’t work at all.

(I really, really wish someone had told me this when I was in high school.)

4. Plan ahead for your next Spanish test

No matter what your score is on this Spanish test, you can do a lot better on the next one and pull your grade up.

Now’s the perfect time to start planning for how to study for your next Spanish test or final.

Especially if you hate studying, this will make studying way more painless and way easier. 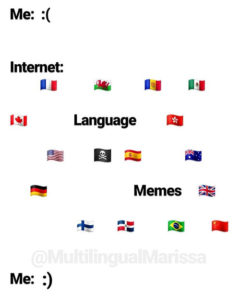 ⏰  Sorry crammers. If you’re cramming for a test now, keep all of your flashcard app files saved--you’ll likely see the same questions again. But starting after this test, you need to vow to study for 5min a day every day until the end of your Spanish class (or until you fulfill your school-required credits). This will make your life 45294x better, I promise.

📅  What you want to do is maintain your growing lists of writing prompts and cards and check on them every day. The reason I love Anki so much is because your cards will accumulate long-term, so if you get really good at a word you’ll see it less and less--but it’ll pop up again at the point where you may have forgotten it. Just plan for 5min a day of reviewing these decks or doing small paragraphs of random sentences based on the unit you’re studying.

👄 Find an online community of Spanish learners on Instagram or TikTok. You’ll be a million times more motivated to keep studying even when you’re not in class because, honestly, speaking a bunch of languages is a superpower. But you’ll need real long-term work if you want to build up to that.

Bonus tip – how to memorize vocabulary

I recently wrote an article about How to Improve French Vocabulary.

Even though you’re studying Spanish and not French, if you’re serious about learning languages there’s a lot of great stuff on that post you might benefit from.

Was this article helpful for you? Share it with friends you have in class and help them study. (Wouldn’t you want them to share it with you?)

Do you have a question that wasn’t covered by this article? Leave it in the comments and I’ll answer. I know how hard it was for me to learn how to study for a Spanish test, so I’m happy to help anyone younger who needs it.