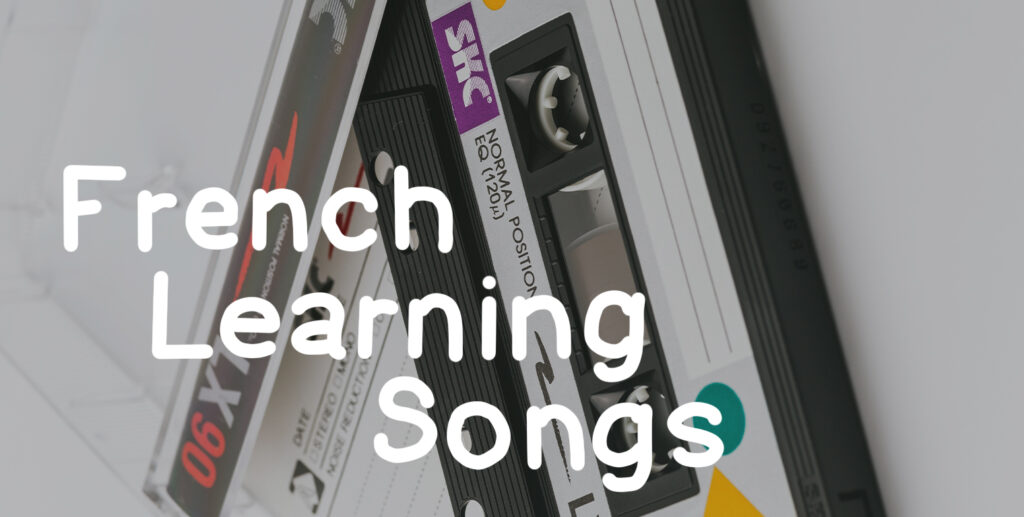 Using songs for learning French is by far one of the best decisions I’ve ever made.

I speak or study 7 languages in total--including French. And my language studies would be absolutely lost without music.

How to use songs for learning French 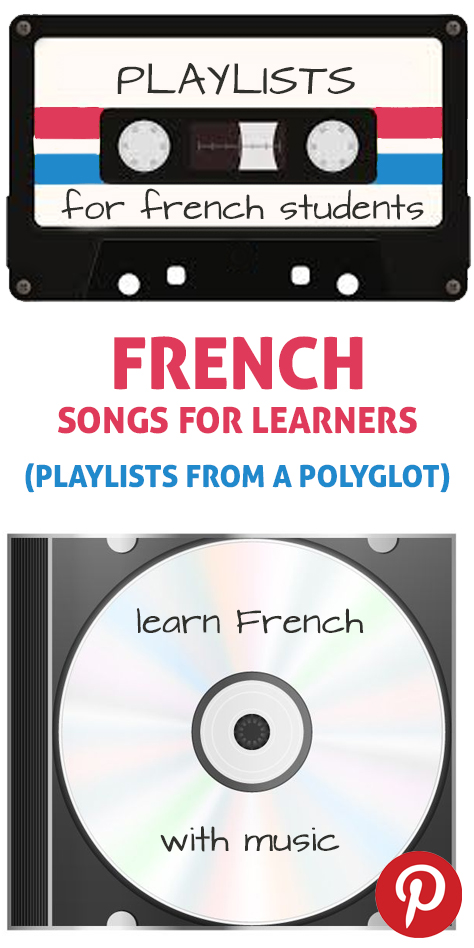 When you’re learning any language, habit is everything.

Here’s how I suggest using the resources on this list in a systematic and results-based method.

How to use the French songs that were written specifically for beginners:

After you’ve finished those, I suggest graduating to French songs with lyrics:

Finally, you can move onto French music made for native speakers:

Now that all of these tips are out of the way, let’s start off with our big 3 lists of French songs for learning French!

This section of the list is specifically full of French learning songs written for beginner students.

WordPie is by far one of my favorite YouTube channels for learning French and Spanish. (And I’m always shocked no one else has heard of them!) Just put their French playlist on repeat with the advice in the first section of this article, and watch the magic happen.

Real story: I used WordPie for Spanish years ago. My first day ever of speaking Spanish, my teacher’s jaw dropped at the size of my vocabulary. I think I took maybe 6 months to truly memorize all of the words in that playlist, but it was some of the best time I ever spent learning that language.

The quality of Basho & Friends isn’t quite the same quality of WordPie. But I still absolutely owe the guy a drink one day for saving me with French numbers. (His videos drill a lot better than WordPie. That’s really the value in them.)

Huge shout out to whoever uploaded this entire album onto YouTube!

Again, it’s not quite the quality of WordPie or even Basho & Friends. But encountering words in a variety of contexts is going to help you memorize them better (and not feel as burnt out from listening to only the same few songs over and over on repeat.) Plus, there are some specific topics here that you can learn as a big chunk, which is really nice. (WordPie is a bit random sometimes.)

Jingle Bilingual stopped uploading 10 years ago after only a few videos, but if you’re making your own playlist make sure you add the 3 French bilingual jingle songs onto it! (Every little bit helps!)

I’m so, so embarassed about how much I relied on this playlist when I was first learning French! The songs are honestly kind of terrible (unlike in ever other playlist on this list).

But they get the job done. (And for day of the week, I still have to sing along!)

The nice thing about Disney songs is that (1) you’re likely somewhat familiar with them already, and (2) they’re very artful translations. See you if you can guess which word translates to which, and enjoy this list!

Just note: this is a playlist I found. Because Disney doesn’t host any of these songs themselves (and regularly flags other people from doing so) you may want to search for any specific song you want yourself.

English Tunes and their French Covers

Again: these are songs you’re likely at least somewhat familiar with. But being able to compare the English original with the French cover is a really fun exercise.

Bilingual books are all the rage in the language learning community. I think French songs with lyrics should be just as popular!

This playlist is full of up-to-date French music, without any of the little kid nonsense. It’ll be a bit harder than the other songs listed above, but it’s a great stepping stone before you start with French music made for natives.

Here’s a real polyglot story: in 2018 when learning French, I used a very similar playlist while in an immersion school. Later that year, I was visiting a tiny locals-only cabaret in Paris. (One of the perks of learning a new language is access to things you’d never have otherwise!)

Upon learning that I wasn’t French at all, the host and main performer was thrilled to have me there… but was worried I wouldn’t understand any of the music.

But because I’d been studying French intensively through music, I recognized almost every song… and could even sing along to a few!

It is by far one of my best memories of my life in French, and why I write list articles like this. I want to make sure other French students have the same opportunities!

This section has only a few select songs of French songs you’ll want to know to be a cultured French speaker!

The truth is, nearly any song can be a French learning tool!

These songs are for natives, and my suggestion is waiting until you’ve progressed to French B1 before trying these out so you’re more used to spoken French (and can get a bit out of them.

Indila – Dernière Danse borders on overplayed, but it was a smash hit a few years ago and you WILL hear it in the background of a ton of movies and soundtracks. If you know the lyrics and go to French karaoke, you’ll be the hero of the night!

Stromae is one of the most celebrated Francophone artists. From Belgium, his hits are often on English movie soundtracks and nearly always blasting in Parisian clubs. Papaoutai is one of his most popular songs, and full of great slang to learn.

Johnny Hallyday was one of France’s original rockstars, who’s career spanned decades. Outselling nearly any artist in European music history, he could be thought of as the Elvis of France. (Although the French may resent you for the comparison.) Je te promets was one of his biggest hits.

Christophe – Aline was a 1965 classic that is still covered over and over again by contemporary artists. You’ll not only hear it in films and cafes but constantly referred to in random places! (Again: if you really want to win over some Parisian friends, know their music and culture!)

Superchérie is a song I’ve heard over and over again in random places. It’s catchy, has a great 90s vibe, and – M- is one of those bands you should know of if you’re learning French!

Finally, if you know of any other French songs for students that I should know about, please list it in the comments!

This is an article I look forward to coming back and revising with new information since, after 2 years, I’m still a French student myself and absolutely love learning languages through music!