How to remember foreign words 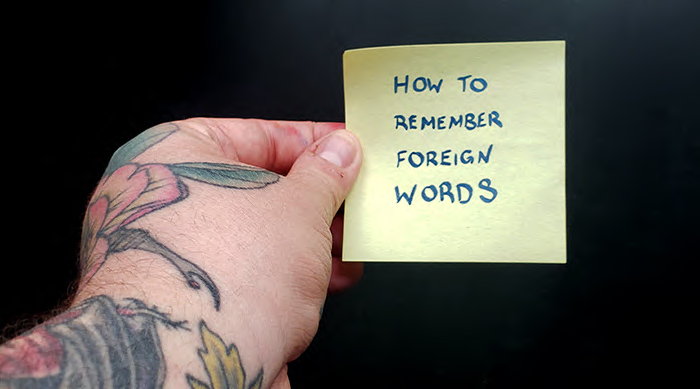 After studying nearly 10 languages (and currently speaking 6 of them) it took me a lot of trial and error to learn how to remember foreign words.

That’s because tere is a lot of confusion about the best way to learn vocabulary in a foreign language.

Is immersion the only way? What if you can’t travel abroad?

Part of the problem is that many explanations online exist to sell you a product that claims to help you memorize vocabulary… but rarely does.

So that said, here are my favorite do’s and don’ts for how to learn foreign language vocabulary.

DO understand there is no one best way to learn vocabulary in a foreign language.

One of the strongest tools a language learner has is their gut instinct (aka metacognition).

If you feel like what you’re doing now isn’t helping, you’re probably right.

No one knows your brain better than you do, so for the rest of this list, you’re going to put your instincts first. (Not what some random polyglot blogger says online.)

DON’T assume the first language app you hear about is the best. 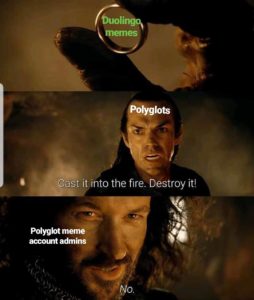 Want to learn foreign languages? I make language memes on Instagram as @MultilingualMarissa

If your frustration is coming from Duolingo, I have good news:

I’ve personally found that the more fun or pretty-looking an app is, the lower functioning it may be.

Foreign language apps spend marketing money to make people use them and keep using them.

But the problem is that just because people use an app, doesn’t mean the app is working for them.

They often use apps just because they’re fun or even addicting.

You can really fall down the rabbit hole of research here, but here are some language apps I’ve used to varying levels of success. I’ve listed them in my personal favorite order, but remember that you need to trust your own gut here. 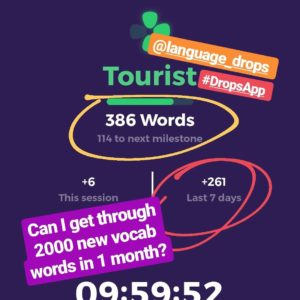 I tried Drops for 3 months straight, but it wasn’t one of my favorite for learning foreign vocabulary words.

If you haven’t heard of these before, don’t feel bad.

They can give your brain a real workout, so they’re not as easy-breezy to use as DuoLingo or Rosetta Stone. And because of that, they’re less addicting.

Outside of apps, there are also other vocabulary solutions available on your phone. I personally like audio courses (although many people hate them) and the ones I’ve enjoyed are:

DO try, fail, and try again

Maybe apps aren’t for you.

Who knows: maybe you want to try journaling, writing by hand, or old-fashioned flash cards.

Maybe you just want to use songs.

Remember, you’re not just memorizing words but you’re learning how to learn at the same time.

Learning how to remember foreign words can be a chore, but learning a foreign language can be a joy.

If you want to learn the whole language, then you’ll have to improvise quite a lot and learn to fail gracefully.

And that means chucking things that aren’t working for you while you experiment with new things you’ve never tried before.

DO put some energy into memorizing foreign words 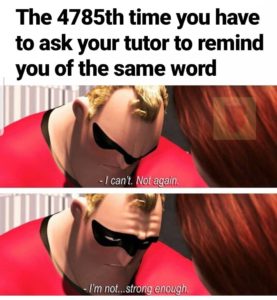 I’m sorry to say the m-word!

But a lot of the above-mentioned apps are games. And like I mentioned above, just because something is fun doesn’t mean it’s working (although I’ll talk more about fun later).

I personally use almost exclusively Anki and uTalk because memorization is a cornerstone to my vocabulary learning.

Unfortunately, if you only passively try to absorb new vocabulary, the words will be almost impossible to recall them later.

Here’s a great video I love about active recall and why it’s such a powerful strategy:

DON’T burn out on vocabulary flashcards

But at the end of the day, flashcards are a bummer!

No one wants to do them!

If you start to feel burnt out on flashcards or apps like Anki, here are a few strategies as to what you can do with the hardest foreign words left on your list:

DO foreign language immersion… at home. 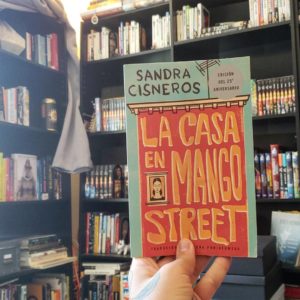 The more exposure you get to foreign words, the easier it will be to keep them in your head.

But what if you can’t afford to go to the place the language is spoken in?

I’ve done immersion for two of my languages, Portuguese and Catalan, without ever being to a region where each one was spoken!

Yup: I’ve never been to Portugal, Brazil, or Catalonia…. but through immersion, I learned their languages!

I put aside days off to set up mini-immersion experiences for myself. And here’s how:

DON’T get frustrated when learning how to remember foreign words 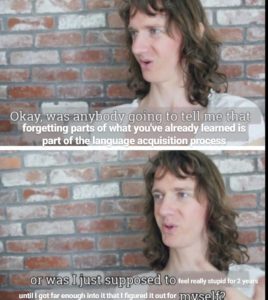 I wish that I had known forgetting new words was normal when I started learning languages!

It would have saved me a ton of frustration.

Here’s the thing: frustration is stressful, and stress leads to a reduced ability to learn. It’s that simple.

And we literally all forget words all of the time. Even in our native languages!

Here’s my 3 step method for busting stress while learning a language:

So what’s THE best way to learn foreign vocabulary words?

There isn’t one. But if you work through these steps, you’ll find a method that works well for you individually.

Language learning can be a long and lonely road, but connecting with fellow learners is another way to help yourself stay optimistic and keep learning.

Have any other questions about how to remember foreign words? Leave them in the comments below so I can expand this article or answer you there!