Why learn Portuguese? (Here are the top 10 reasons) 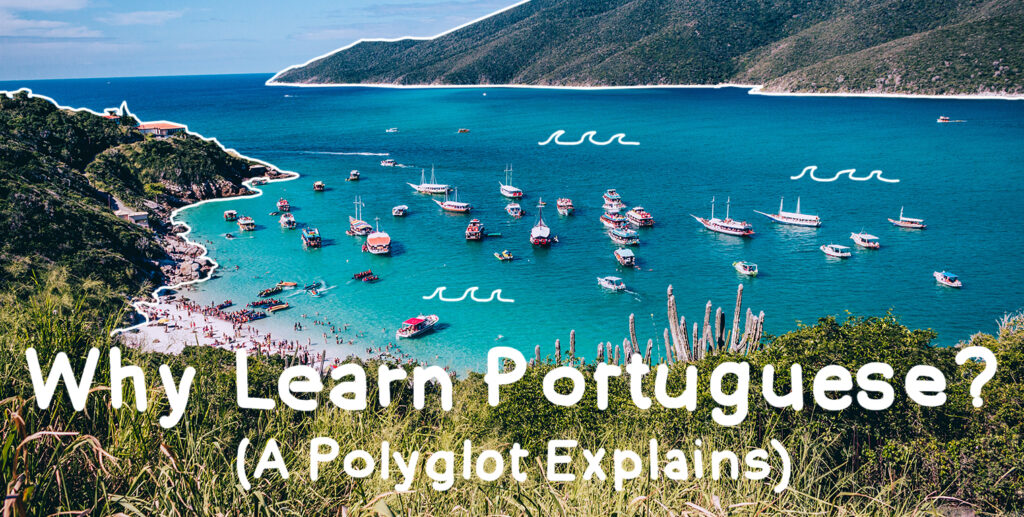 “Why learn Portuguese?” is something strangers often ask me when I tell them what I do. “Why not learn a different language?”

But if you’ve ever wondered this yourself (or had someone ask you when you express interest in the language), this article will help.

More than this, it will help you understand all the benefits and challenges of the linguistic adventure that is learning Portuguese.

There is much more than caipirinhas and Carnival in this pot of gold.

People always ask me: why do your students want to learn Portuguese?

Having been teaching Portuguese for years now, this is a question I ask every new student in our first class, and I must tell you that the answers still surprise me to this day.

The answers range from online gaming to gardening, from relearning their native language to learning the language of their kids, from a love for Brazilian music to academic interest in Portuguese literature.

To be part of this process as a teacher has been enriching, to say the least. On the one hand, it allows me to learn about these unknown subjects and discover more about my own country on one side. On the other, it helps me find out and understand some aspects of my own culture and lifestyle I took for granted.

In this article, I’ll share with you the top 10 reasons why I have continuously fallen in love with my language. Here you’ll discover why you too should learn Portuguese.

Get a Brazilian lo-fi playlist on in the background and let’s get started.

10 Reasons for Why You Should Learn

1. Portuguese has a huge amount of speakers

This tends to be surprising to many, but in terms of the number of speakers, Portuguese is basically just as widely-spoken as French worldwide!

Because you’re not wrong: Portuguese is somehow considered the ugly duckling of Romance languages. 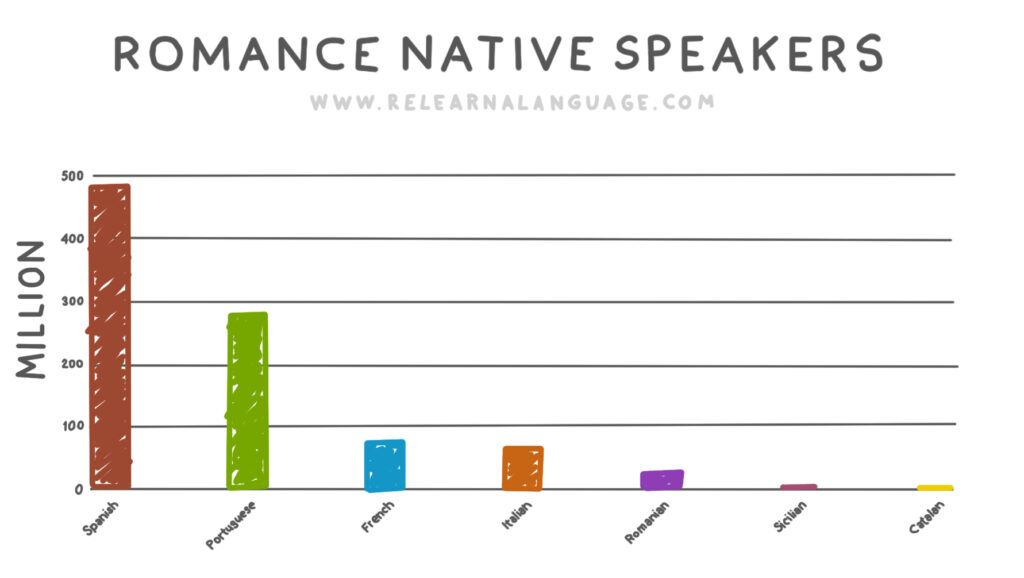 In fact, there are four times more native speakers of Portuguese than native French speakers.

The big difference, however, is that there are way more speakers of French as a second language.

(Those are people living in ex-colonies where French is also an official language, for example, or language students like myself.)

So once you start learning Portuguese, you will have plenty of people to practice with! More than 250 million people!

2. Portuguese might be easier to learn than you think

I have great news for you if you already speak another Romance language.

Portuguese is incredibly similar to Spanish, but the number of times you might have heard this might downplay how similar they are.

My own story might help you get the idea.

I moved to Spain in 2013, having absolutely no previous contact with the language. Despite this, it took me less than three months to be confident enough to go out to meet new people and hold a conversation.

This is not a comment on how good I am at languages, it’s just that Portuguese and Spanish share a high percentage of their vocabulary. Some say this number is as high as 89%!

And don’t worry if you speak another Romance language, you most definitely have a leg up when it comes to learning Portuguese!

Romance languages share reasonable similarities in terms of pronunciation and structure. So if you speak Italian, French, Romanian, Occitane, or any other one, your knowledge will help you advance in great strides!

Portuguese is quite musical.

Of course, I am limited to talking about the languages I speak, but I’d argue that Portuguese is the most musical Romance language.

Portuguese has many more vowel sounds than Spanish, for example. This means that Portuguese is much more musical.

And musicians from elsewhere go as far as saying that Portuguese is the best language for music!

But I have to add a disclaimer here.

I’ve heard more than once that Portuguese sounds like Russian, a language not widely regarded as musical. I’d say that this is especially true for European Portuguese, which doesn’t have the open vowels we love in Brazil. (Just check out this video, which is a great exploration of how musical Portuguese can sound!)

So let’s talk about Brazilian Portuguese for a moment.

4. Brazilian music is a whole vibe

Brazilians might be known for very stereotypical things, like football. Still, our music is the one stereotype that doesn’t bother me.

I have continually discovered more about Brazilian music as I’ve traveled to the country and I’m glad to know that I still have a lot to see. And to listen to.

Our vast territory alone would already bring about a vast diversity of genres. Still, there’s an even more important reason that makes our music so rich. The influence of the many people that, willingly or not, came to Brazil made for a beautiful combination of rhythms, instruments, and styles.

That’s also why Brazil is famous for Carnival, which brings us to our next reason.

5. Learning Portuguese will take you to amazing places

If you want to go beyond cliche reasons to learn a language, you need to know this. Here I’ll mention some of the most remarkable cultural events that only Portuguese can give you access to. 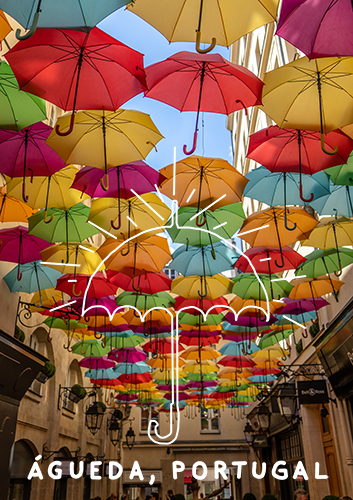 Of course, Brazilian Carnival is on top of everybody’s lists, but there’s much more!

For the religious readers out there, In Angola, the Muxima Pilgrimage is an event that every year attracts over a million people from many countries.

In the northeast of Brazil, the São João festival can be considered the biggest event of the region, even more relevant than Carnival in many smaller cities. Bonfires, balloons, fireworks, dances, and typical foods are a few of the things that will make you fall in love with our late June festivities.

These events are only one language away from you to understand and experience fully.

For many of my students of African descent, learning Brazilian Portuguese is especially significant.

The African influence in Brazilian Portuguese is easy to notice in our vocabulary, and, along with the native Brazilian influence, is the main reason for the phonetic differences from European Portuguese.

Of course, phonetics is only a small detail when we take into account the richness of the cultural influence of African traditions, religions, and cosmovision.

You can check out the episode where I discussed this topic with Leni, from the podcast “Fala, gringo”. 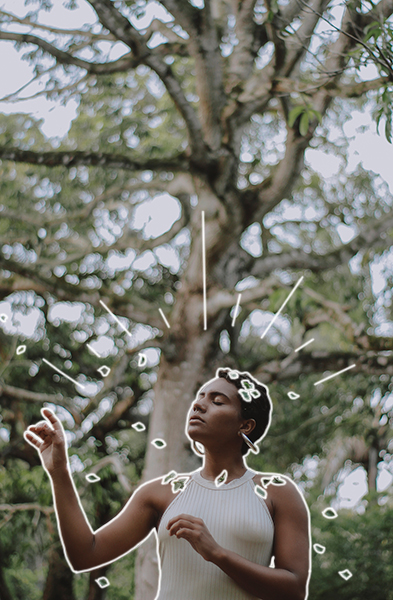 If you go to Portugal, you might be excused from learning Portuguese since a lot of people speak English there.

Well, of course, you will not enjoy your time as much as you would if you knew at least some Portuguese, but you most likely won’t feel left out for not learning the local language.

On the other hand, very few Brazilians know a second language. This means that you might be left to your miming talents if you don’t learn at least some Portuguese.

Around 70% of Brazilians and 45% of Portuguese citizens are monolingual, speaking only Portuguese.

In this case, Portuguese is the difference between life and still life but one where you keep missing out on a lot of experiences that you won’t take part in because you can’t understand people around you.

8. Why wouldn't you want to learn a superpower?

As I mentioned before, almost all Portuguese speakers are native speakers.

This can play as a huge professional advantage if you have any interest in doing business in or with Brazil, a country with huge untapped potential.

But even if you don’t have professional ambitions about Brazil, the reality is that Brazilians are everywhere, and sooner or later you will take advantage of our hospitality and friendliness once you find us somewhere!

9. Portuguese literature is a hidden gem. 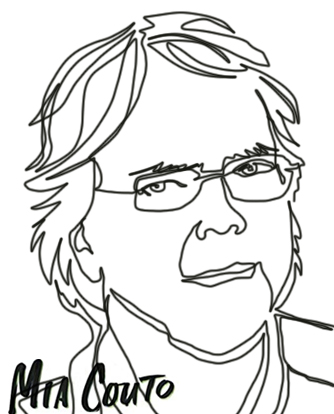 There are so many amazing authors in Portuguese that it’s a great pain to mention only a few here.

(If you know and love Garcia Marquez, the Colombian writer, you’ll love him too.)

And once you do you will want to learn Portuguese to then fully take in his talent, because only in the original you can hear the rhythm and music of his prose. It sounds like a poem!

10. Why learn Portuguese? Because it'll help you with your next language too.

This one is directed at the ambitious polyglots out there. Portuguese can open the doors to other Romance languages.

This was my case.

Living in Spain, I didn’t stop at Spanish. In Barcelona, I had many Catalan friends that made it very easy to decide on taking up the local language.

It took me a bit longer to learn it, around one year, but it wasn’t hard at all. A few years later, I went to Italy to spend a few months exploring the north of the country. I felt as if I knew the language and in a short while I was able to speak Italian too.

Imagine, you could add a few languages to your repertoire in a couple of years and expand your cultural and linguistic horizons immensely!

Portuguese will help you get there!

Are you convinced as to why you you should learn Portuguese?

There are many ways to start your journey to learning Portuguese.

On this site, you can start with Portuguese YouTubers for some amazing language immersion.

There she shares her experience with Portuguese and her tips to new students like you!

Do you have any particular reason for why learn Portuguese? Please share it with us in the comments! 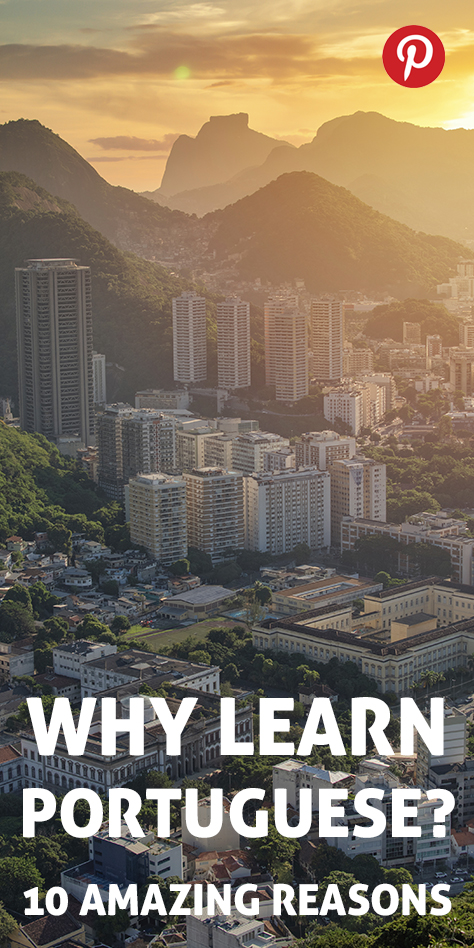